A Case of Humeral Head Fracture-dislocation with Vascular Injury: How We Managed it

Minimally displaced humeral neck fractures are seldom associated with axillary artery damage.1 Unless a comprehensive clinical examination is performed in the emergency department, the harmless appearance of the X-rays can mislead the treating clinician into a feeling of complacency. Even though arterial injuries in these fractures are uncommon, they can have serious implications.

A pertinent case is examined, and mechanisms associated to vascular injuries in proximal humerus fractures are detailed, with a focus on having a low threshold for identifying and treating such injuries as soon as possible to avoid catastrophic outcomes.2 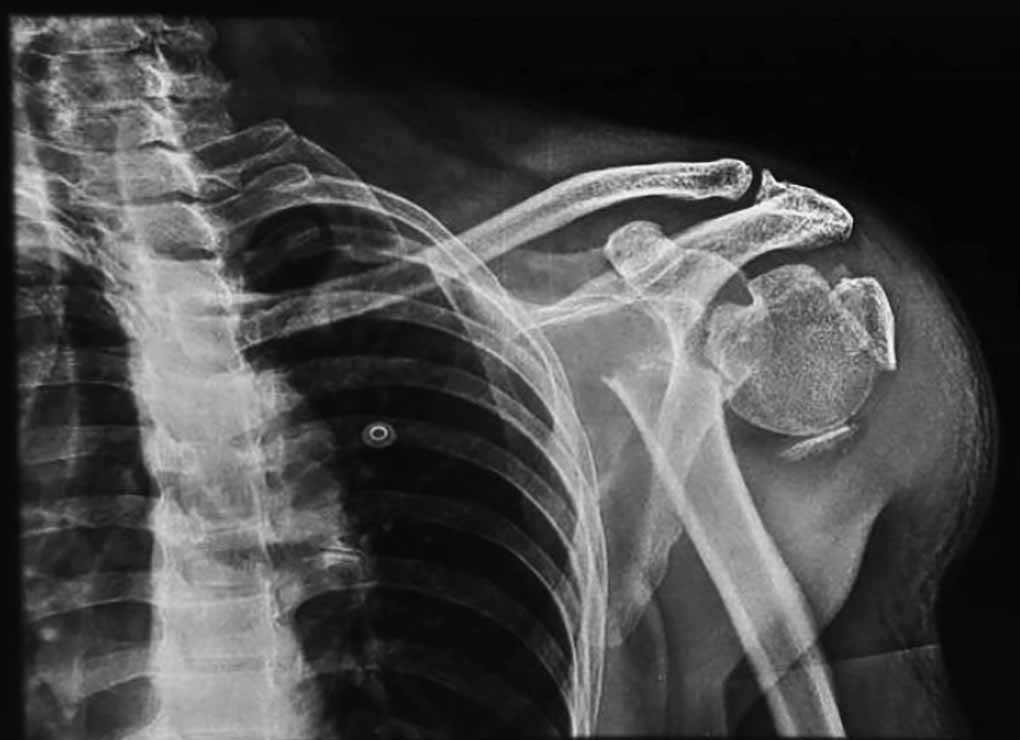 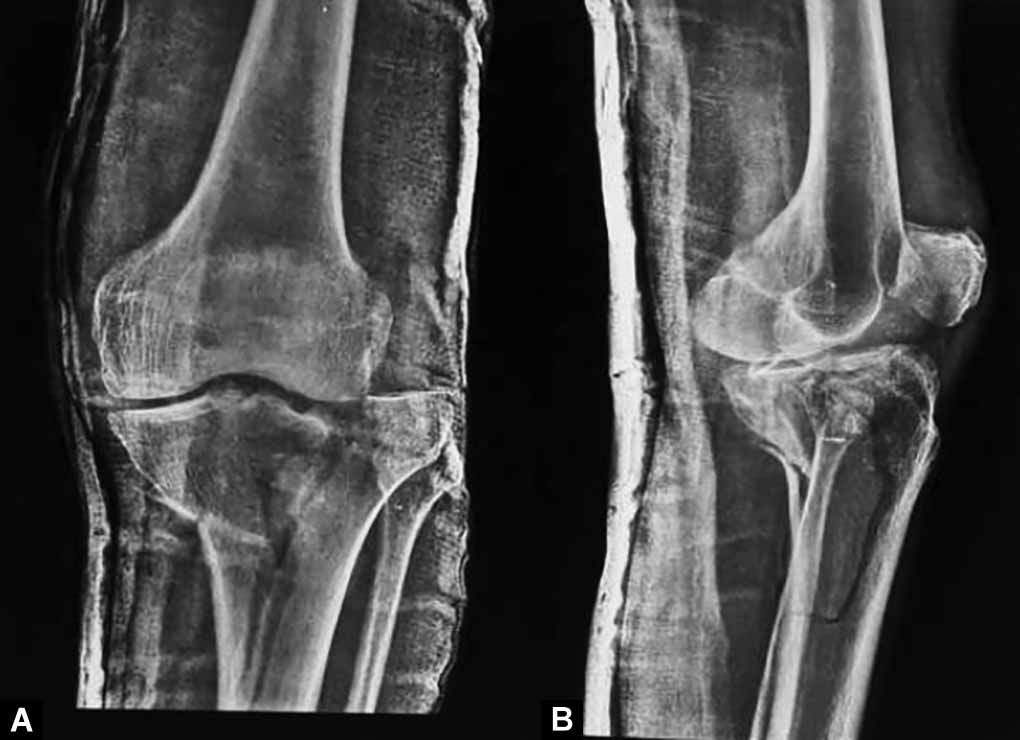 The patient was taken in for surgery with open reduction of fracture-dislocation and fixing it with a 3 hole Philos plate and the proximal tibia secured with a locking plate, according to the nature of the patient’s presenting disease (Figs 3 and 4). 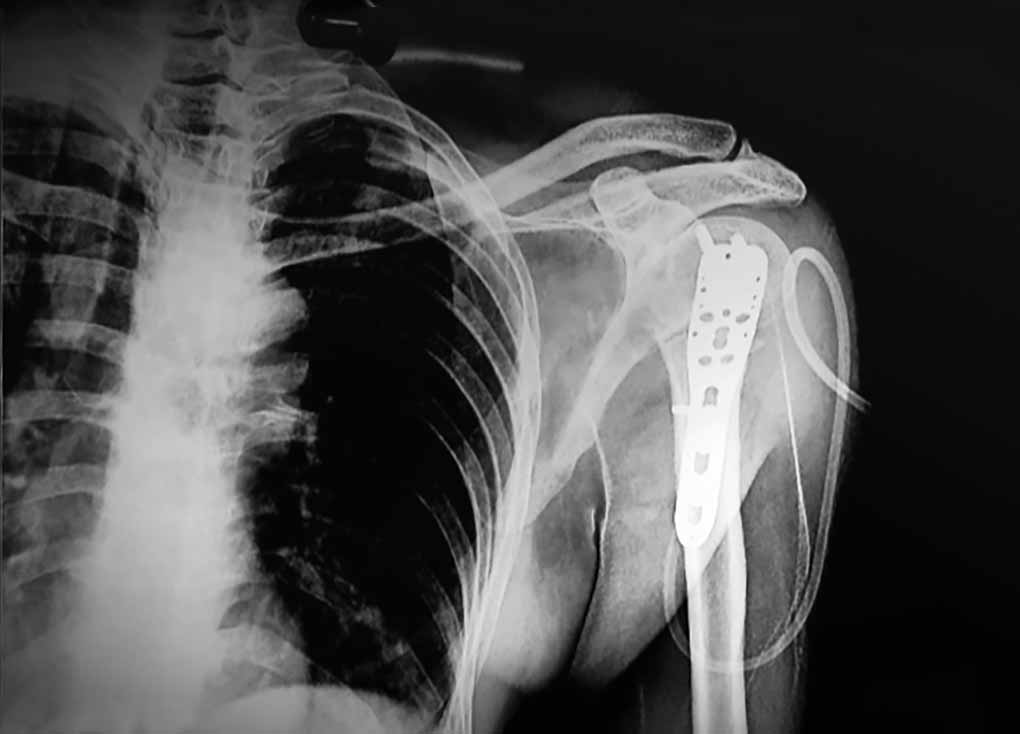 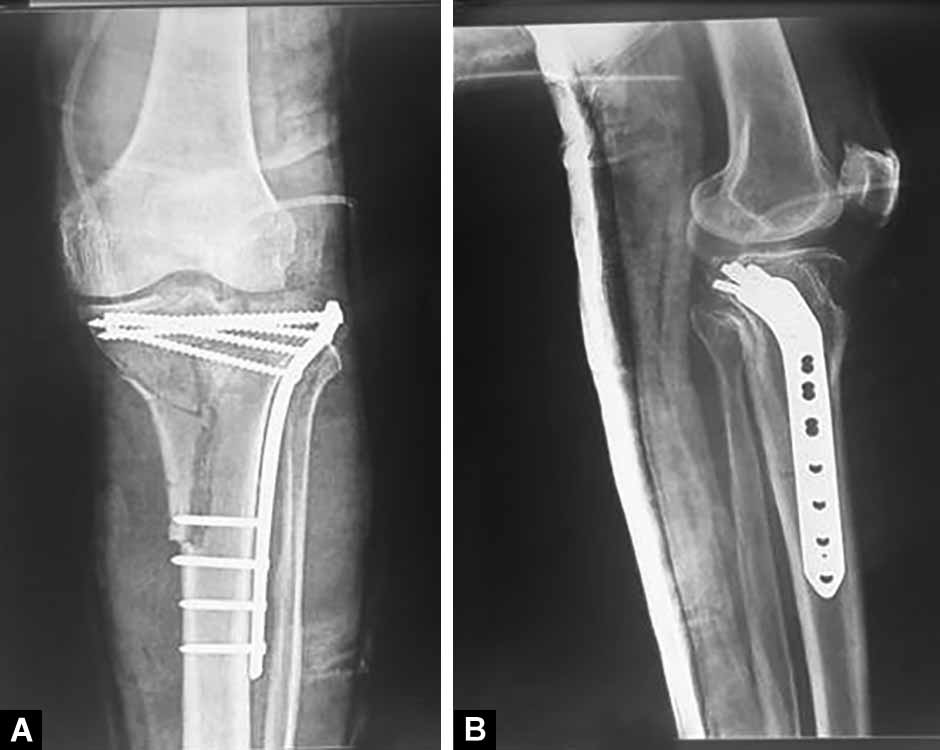 Postoperatively on day one (POD-1), it was noted that pt. was unable to move his left elbow, wrist and fingers. Loss of sensory sensations below the elbow. Radial, ulnar, brachial artery pulse was not palpable. The patient was immediately taken for an angiogram of the left axillary artery and was diagnosed with:

So, it was seen that the axillary artery was kinking at the distal fracture fragment (Fig. 5). So, it was planned to take the patient for emergency exploration of fracture to remove the pressure from the artery and the fracture was refixed once axillary artery pulsations were. Even after this, the distal pulse was not palpable, vascular surgeons were called in and mechanical thrombectomy was planned. An incision was made over the cubital fossa and via brachial artery, Fogarty’s catheter was passed proximally into axillary artery but no thrombus was found, and then the catheter was passed distally into the radial artery and an atheromatous thrombus and plaque were removed (Fig. 6). After the procedure patient was shifted to the postop ward. Even after 6 hours of the procedure patient’s pulse was not palpable and a CT angiogram was planned and it showed that there was an interruption in blood supply for 7 cm below the axillary artery after which flow was seen till the brachial artery further below there was no flow seen (Fig. 7). 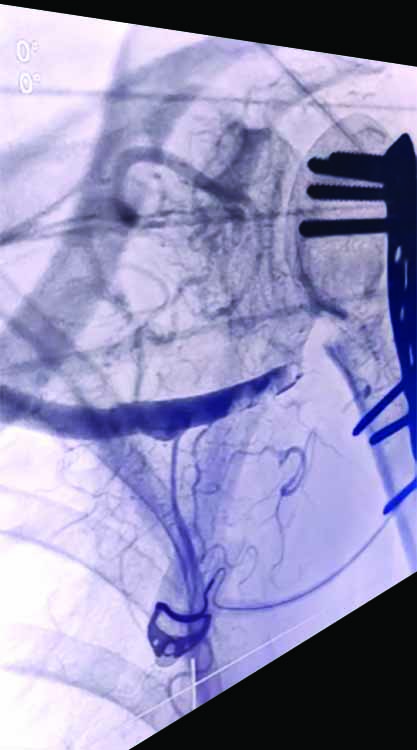 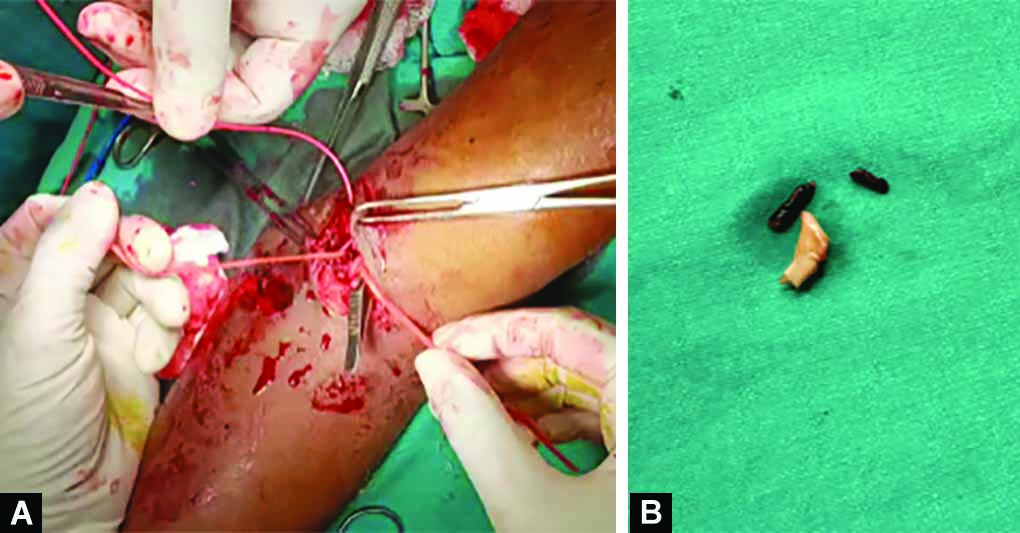 Figs 6A and B: Showing atheromatous plaque with thrombus 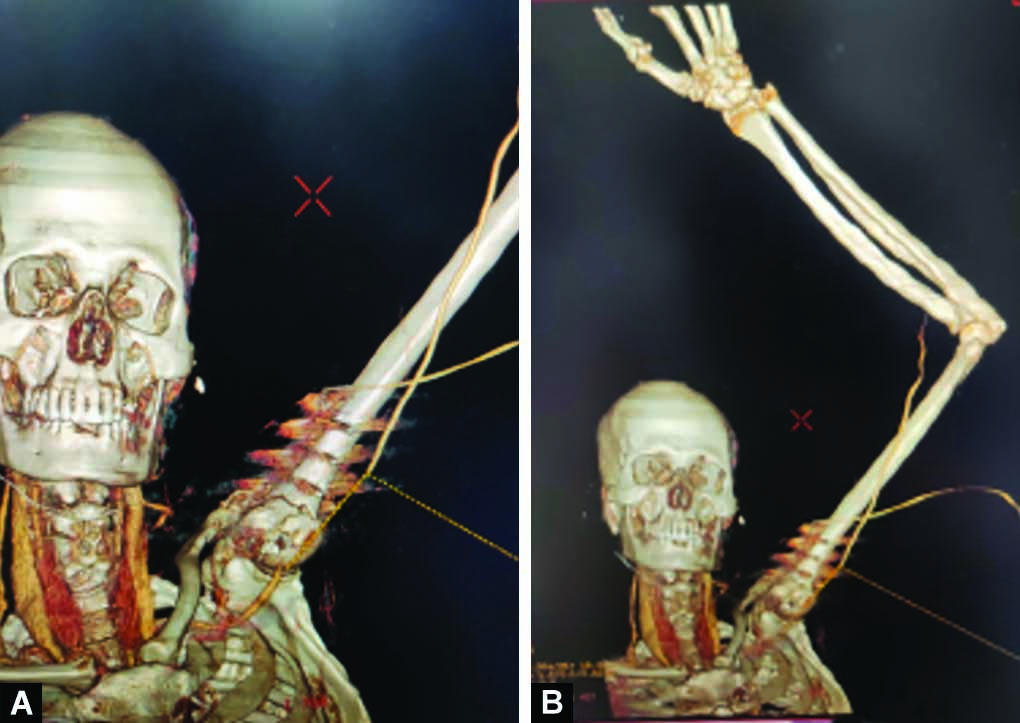 Figs 7A and B: CT angiogram showing block in blood flow 7 cm below axillary artery and continuation in blood blow till brachial artery and further block in flow

Now there is a return of feeble radial pulse and warmth has returned SPO2 in the left fingers IS 98–100%. Elbow extension eliminating gravity alone has returned and partial sensations up to elbow and wrist. The upper limb was saved from amputation.

In spite of the close anatomical interlink between the proximal humerus and the axillary artery, neurovascular damage as a result of a fracture in this location is assumed to be uncommon, with the national incidence unknown. We present our institutional experience with these injuries in this paper.3

Displaced proximal humerus fractures caused the axillary artery to rupture, which is consistent with the majority of previously described cases.4-7

The axillary artery has been injured by a variety of processes following proximal humerus fractures, including direct trauma from sharp fracture fragments, artery rupture or tear due to over stretching, hematoma of the arterial wall, and intimal disruption.6

Acute or a delay in onset of symptoms can be caused by various causes of vascular damage. Kelley and colleagues established the pathognomonic triad of axillary artery injury, which includes shoulder trauma, reduced amplitude of distal pulses or a Doppler ultrasonography signal, and the presence of a growing axillary mass.8

Intimal rips, on the contrary, can cause a delayed presentation due to subsequent thrombosis, with perceptible peripheral pulses at the outset. Despite axillary artery injury, effective collateral circulation at the shoulder level can result in current peripheral radial artery pulses.9 Both clinical circumstances were seen in our series. Said that a pulse which is palpable is a no guarantee that axillary artery damage has not occurred, paresthesia is likely the most dependable sign of reduced distal blood flow.7 A Doppler ultrasonography should be conducted to quantify the arterial circulation if a physical examination raises suspicion of axillary artery damage. Angiography can be used to look for signs of decreased arterial perfusion.5,7

The axillary artery is a 10 cm long artery that is separated into three sections. Because the third part is rigid and adjacent to the humeral neck region, it is sensitive to blunt injury. It is also shallow, covered only by fascia and skin. The vast majority of axillary artery injuries (almost 94%) are caused by penetrating trauma, with only about 6% caused by blunt trauma after proximal humeral fractures.

Although the incidence of axillary artery injury as a result of proximal humerus fracture is unknown, it is unusual.5,6 As the frequency of inpatient admissions for fractures of proximal humerus looks to be scaling high nowadays, it’s possible that we’re going to see more injuries to axillary artery now than we were previously.10-12 The increasing detection rate could be due to an increase in emergency department visits as well as a growing trend to treat these fractures surgically. Because of detectable peripheral pulses and the absence of ischemia, detection can be challenging at first presentation, according to our experience. In older and infirm patients, increased awareness of this injury should be maintained, especially if paresthesias and concomitant injuries (e.g., brachial plexus injuries or scapula fractures) are present. The diagnosis of axillary artery injury can be established with a thorough physical examination along with a low threshold for Doppler testing or angiography. More study using big datasets is needed to assess the prevalence and predictors of axillary artery injury due to proximal humerus fracture, which could lead to early identification of at-risk individuals upon admission.