Traumatic Hip Dislocation: An Experience from a Public General Hospital of Brunei

Introduction: Traumatic dislocation of the hip (TDH) is an orthopedic trauma emergency, which is commonly due to high-energy trauma. Morbidity and mortality are very high usually resulting from the associated injuries sustained during the trauma. The condition of the victims worsened when associated with acetabular or femoral head fractures. The prevalence of hip dislocations is increasing worldwide.

Materials and methods: From August 2011 to March 2018, a total of 27 cases of traumatic hip dislocation were treated in a public general hospital. The emergency reduction was performed, immobilization with skin tractions was done for 3 weeks by admitting to the hospital. After 3 weeks of hospital stay, discharged and advised for non-weight bearing (NWB) crutch walk for another 3 weeks. Medical records of all patients after 1 year of dislocation were reviewed.

Conclusion: Traumatic dislocation of the hip is a severe injury caused mostly by RTA and young adults are most commonly affected.

Traumatic dislocation of the hip (TDH) is an orthopedic emergency that is commonly due to high-energy trauma and it can cause serious permanent disability.1 Road traffic accidents (RTA) is the major cause of the TDH, and the condition is worsened when associated with the acetabular or femoral head fracture.2,3 The incidence of hip dislocation is 5.2% and it is the most common joint to dislocate in the lower extremity.4 Prompt recognition and early reduction with adequate stabilization is crucial for the successful functional outcome.5

This study aimed to review the common causes of traumatic hip dislocation, the demography, and the pattern of dislocations with associated fractures, injuries in a public general hospital.

This is a descriptive retrospective observational study of cases hospitalized for traumatic hip dislocation at a public general hospital from August 2011 to March 2018. Computed tomography (CT) scan was not done regularly and also not required. Inclusion criteria were: (1) Patient managed at the hospital with TDH, dislocation reduced closely and surgical intervention done for acetabular fractures or other associated injuries; (2) Information available of the patient of 1 year after a dislocation. Exclusion criteria were: Dislocation of the hip due to pathological and congenital reasons, dislocation reduced by open surgical intervention, dislocation with acetabular fractures which was operated and adequate information not available on the records of the patient. Emergency reduction done and immobilization with skin tractions for 3 weeks in the hospital done. Discharged from the hospital and advised for non-weight bearing (NWB) crutch walk for another 3 weeks advised.

We analyzed the epidemiological parameters like gender, age, and nationalities for each patient. The common causes of dislocations, a pattern of dislocation and associated injuries, were reviewed. Also reviewed were the pre- and post-reduction complications of dislocations (Figs 1 and 2). 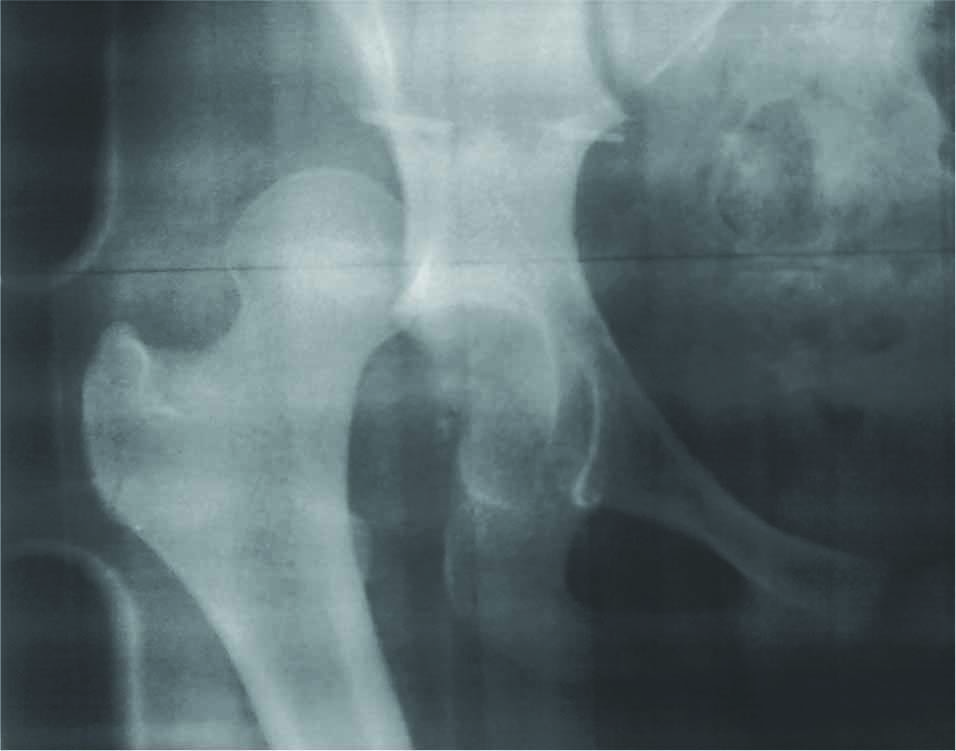 Fig. 1: Right hip dislocation on a 39-year-old man after RTA 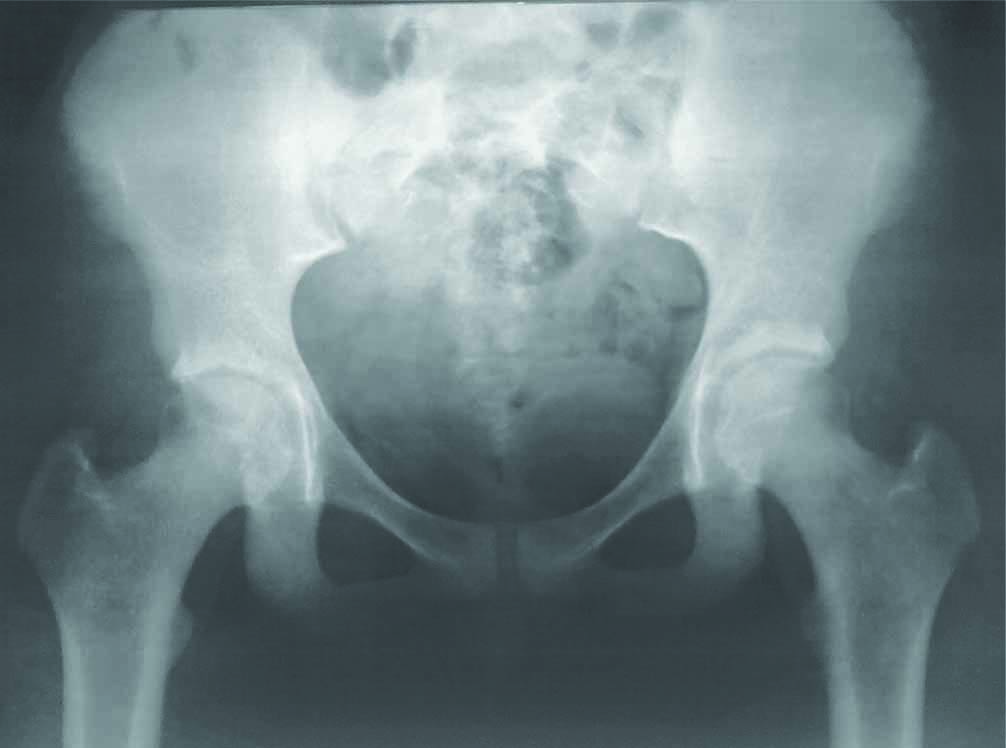 Fig. 2: After closed reduction of the dislocated hip

A total of 27 hip dislocations were included in this time. All dislocations were reduced closely and not required open surgical reduction of the dislocation. There were 21 (77.78%) males, 6 (22.22%) female patients with the mean age of patient were 37.59 ± 13.69 years (range 8-71). The posterior dislocation was more common, and which accounted for 18 (66.66%) cases, anterior dislocation was found in 6 (22.22%) cases, and central dislocation in 3 (11.11%) cases. The right hip was dislocated in 17 (62.96%) cases and left in 10 (37.04%) cases. An RTA was the cause for 16 (59.25%) cases, fall 8 (29.62%) cases, and physical assaults of 3 (11.11%) cases. In terms of nationalities, Bruneian were the most which accounted for 42% and followed by Indonesian and Filipinos (Fig. 3). Associated injuries like abdominal, thoracic, pelvic and acetabular fracture, upper and lower limbs injuries, and sacroiliac joint injury were found in 17 (62.96%) cases. Among them, three patients had sciatic nerve injuries. Computerized tomography (CT) scan was done on these cases with associated injuries. Based on the CT scan results, six (22.22%) of these cases were transferred to the higher center for operative intervention. Among the three patients were operated on for acetabular fractures, two were operated on sacroiliac joint injuries and one case was operated on for open- book fractures. All these cases were followed up at our center after surgical intervention. At 1 year of follow, seven cases had hip pain and discomfort while walking. Among them, four were operated and plain radiographs reveal osteoarthritis in two cases who were operated on. MRI was done on two cases as they were very worried about the symptoms who were not operated but hip pain persisted. One patient had AVN of the femoral head on MRI. This patient was advised for core decompression but refused. 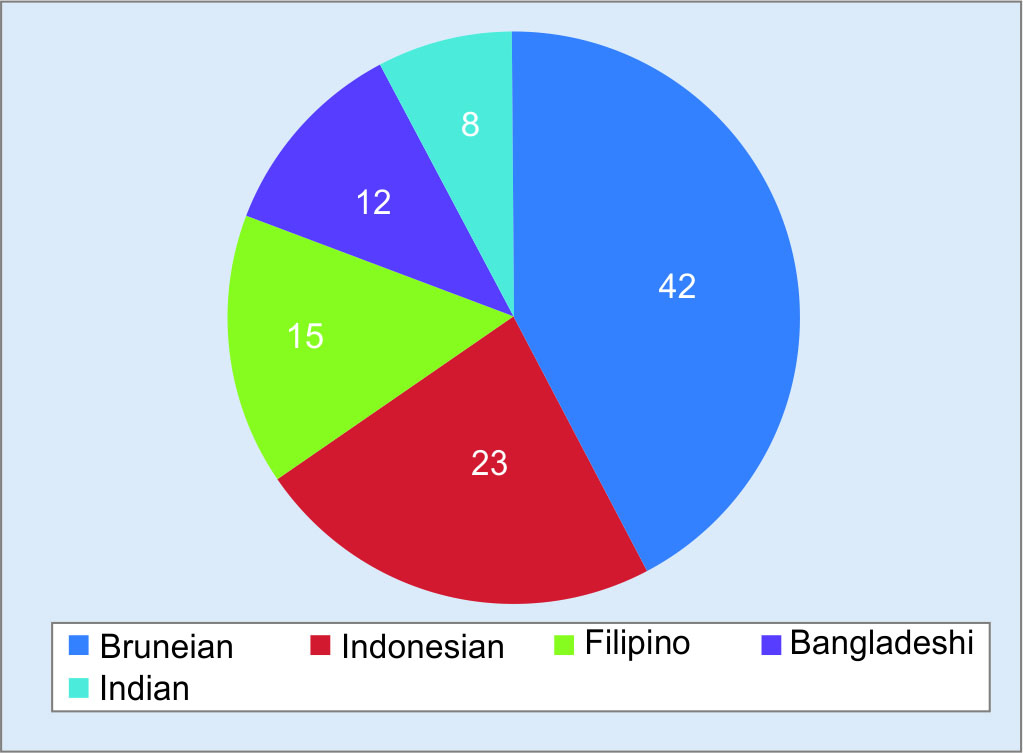 The hip joint is an extremely stable joint which is the most difficult joint to dislocate, and traumatic hip dislocations are serious injuries.11 A force of 400 N (90 lbs) was required to cause dislocation of the hip joint.12 The direction of the energy vector used and the position of the lower limb at the time of injury determined the direction and type of the hip dislocation.13 In this study, the majorities of the patient were male which accounted for 77.78%, and young in terms of age with the mean age being 37.59. Chigblo et al. reported the mean age of the patient was 39.6 years and males were 82.6%.14 Lima et al.1 reported the mean age of 34.4 years and 90% of the male suffered, which are similar to our reports. In our study, the right hip dislocated more than the left which accounted for 62.96% of cases. Sahin et al.15 reported righter hip dislocation than left but Babalola reported that more dislocation occurred on the left side.10 The main cause of the dislocation is RTA in our study and accounted for about 60%. Others also reported the RTA as a major cause for dislocation and Lima et al. reported 95%, Chigblo et al. found 86%, and Onyemaechi and Eyichukwu reported 91%,1,14,16 which were a higher percentage than our study. The posterior dislocation was the major type of dislocation and accounted for 66.66% of total dislocation. Others also reported the posterior dislocation as the major type of dislocation and accounted for 70-100%,15,17,18 which was comparable with our findings. Three patients (11%) had sciatic nerve injuries in this study. Babalola et al. reported 14% of sciatic nerve injury, Hillyard and Fox reported 16% of sciatic nerve injury, and Cornwall and Radomisli reported 10% incidence of sciatic nerve injury after a traumatic hip dislocation.10,17,19 These reported incidences of sciatic nerve injuries were comparable with our study. In this study, associated injuries like abdominal, thoracic, pelvic and acetabular fracture, upper and lower limbs injuries, and sacroiliac joint injury were found in 17 (62.96%) cases. Lima et al.1 reported 74% of associated injuries and Sahin et al.15 reported 71% which were slightly higher than our findings but not significant. In 1 year of follow-up, seven patients had hip pain, and two cases had osteoarthritis who was operated on. One patient got AVN of the femoral head on MRI who was not operated on for any associated injuries. The reported occurrence of AVN after dislocation of the femoral head is 1.7-40%, but it could be reduced to 0-10% if the reduction is performed in the first 6 hours after trauma.15

Traumatic hip dislocation is an acute injury caused by high-energy trauma like an RTA. The young male patient suffered more. Posterior dislocation is the most common type and associated injuries are also very frequent.